Next week the 12th Bial Foundation Symposium takes place in Oporto, on the theme of Enhancing the Mind. The Symposium has three 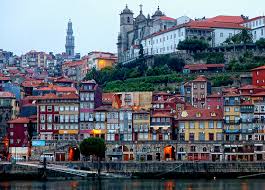 sessions of invited speakers. The first session is on the topic of Cognitive Enhancement, and has presentations from Alexander Sack, Ajan Chatterjee, Jean-Noel Missa, and Torkel Klingberg. The session is chaired by Rainer Goebel. The third session, chaired by Rui Costa, is themed around Collective Intelligence, and has presentations from Gonzalo de Polavieja, Rui Oliveira, Jose Carmena, and Christopher Chabris. Below I provide a link for those seeking further information on speakers and content for these two sessions. The second session, chaired by yours truly,  has close links to parapsychology and is entitled:  Amplified States of Consciousness. Here follows a wee preview of our session:

Our first speaker is Professor Etzel Cardeña, Thorsen Professor of Psychology at Lund University. He will be speaking on Derangement of the senses or alternate epistemological pathways? Research on alterations of consciousness and human potentials. Here is his abstract, courtesy of the Syposium program and book of abstracts (link below): 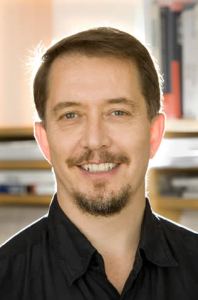 “Our ordinary, waking state of consciousness, is typically considered by contemporary science as normative and the purveyor of the best apprehension of “reality”. This has been the case despite its various perceptual and cognitive limitations – partly explainable by evolutionary pressures – and personal and cultural biases and automatisms. In contrast, various philosophical traditions in both the West and the East, as well as a psychological school traceable to William James, F. W. H. Myers, and others, have deemed the ordinary state as narrow and potentially misleading, and have described “enhanced” states of consciousness that may provide insights into the nature of mind and its relation to reality.

This presentation will first describe research findings on some of the constraints of the ordinary state. Next, it will discuss the concept of “higher”, “amplified”, or “extended” consciousness states or traits, because it is far from obvious in what ways a particular state may be thought of as “enhanced”. Various solutions can be offered, depending on what we prioritize: an improvement of common processes or abilities; greater mental control or focus, or performance at a task; access to usually implicit aspects of the mind/brain; new noetic perspectives on the self and/or reality; more comprehensive and unselfish ethical/ecological perspectives; or a combination of some or all of the above.

This presentation will then discuss research on how spontaneous or purposefully induced (e.g., through hypnosis, meditation, sensory restriction techniques, rituals) anomalous experiences and alterations of consciousness can produce specific enhancement of abilities, including decreased perceptual and cognitive automaticity; enhanced physiological control; recovery from different ailments; and positive changes in emotions, sense of meaning, and relationships with other beings and the environment. The final section will review supportive research evidence for one of the most daring claims about alternate states of consciousness: that they may give access to information not bound by common sense notions of time, space, and selfhood (i. e., psi phenomena).”

Our second speaker is Professor Jordi Riba, who is Head of the Human Neuropsychopharmacology Research Group at Hospital Sant Pau in Spain. He will be speaking on Ayahuasca as a mind-expanding tool: Neuroscience and therapeutic potential. The abstract follows: 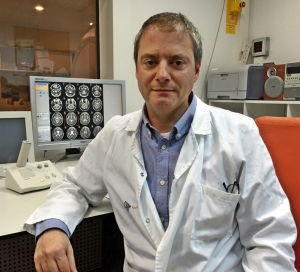 “Ayahuasca is an Amazonian plant tea combining biologically active beta-carboline alkaloids with the psychedelic serotonin-2A agonist N,N-dimethyltryptamine (DMT). Studies by our group have shown that when administered to humans, ayahuasca induces a transient modified state of consciousness characterized by enhanced introspection, dream-like visions and recollection of emotionally-laden personal memories. In my presentation I will review the neuroscience of ayahuas- ca, with special emphasis on its neurophysiological effects and its impact on brain dynamics. I will also present our most recent neuroimaging results showing sustained neurometabolic and function- al connectivity changes once the acute effects have disappeared. These neural changes correlate with enhanced metacognitive capacities that are typically impaired in many psychiatric disorders. I will discuss how boosting these capacities with ayahuasca could potentially help modify pathological patterns of thought and behaviour, such as those observed in depression and addiction. To conclude, I’ll present our ongoing studies in patients and will discuss new potential applications for this remarkable psychoactive preparation.”

Third, we have Associate Professor Yulia Ustinova from the Department of General History, Ben-Gurion University, Israel. She will be speaking on Enhancing the Mind in Ancient Greece. Her abstract follows: 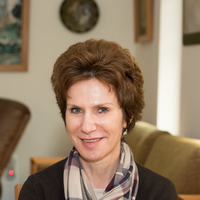 “Both the ancient Greek term epipnoia and the Latin inspiratio, from which the English word ‘inspiration’ derives, convey the idea of breath, an airy invisible flow, entering a person from the outside, temporarily elevating him or her to an extraordinary level – of creativity, vision, knowledge, physical force or courage. In my presentation, I’ll discuss inspiration of famous Greek philosophers, traditional sages and prophetic priests, and the methods employed to attain this state.

In Plato’s opinion, prolonged investigation is conductive to the ultimate knowledge, which bursts out as a revelation. True knowledge requires deliberation, but they are separated by a gap, and their nature is different. This position is reminiscent of the accounts of modern thinkers and scientists who arrived at their ideas as a result of illumination: this spark of truth is possible only after a prolonged contemplation of a problem, culminating in the realisation of the solution, to be safe- guarded later by rational scrutiny.

These practices are reminiscent of the tradition of self-cultivation and manipulation of consciousness of quasi-historical Archaic Greek sages, who ‘acquired their knowledge of the divine by means of ecstatic and initiatory wisdom,’ as Plutarch says. In many Greek oracular sanctuaries, a common prerequisite was a solitary way of life. Immediately preceding oracle-giving, the prophetic person performed a set of ritual actions, often including sensory deprivation, in order to attain the state of revelation construed as divine possession.

Seers, initiates and enlightened thinkers see and hear what others do not. These individuals perceive their inside and outside world in a manner different from the usual, which in Greece was construed as divine inspiration. When the Greeks witnessed a state of mind that was beyond comprehension in terms of regular experiences, they thought of engodedness – enthousiasmos in Greek: such phenomena were ascribed either to pure divine intervention or to an interaction of human and divine forces.

In order to attain this state, philosophers used methods comparable with the techniques applied in vision quest by traditional sages and in oracular practices. Thus, rational thinkers and spiritual seekers, in the past and nowadays, report some congruent experiences that they regard as salient – and this is a subject to be explored by experts on the brain alongside historians.”

Finally, the keynote speaker for our session is Professor Antoine Lutz, of the Lyon Neuroscience Research Centre. He will speak on Regulation of attention and emotions by meditation: Neurophysiological basis and implications for mental and physical health. His abstract follows: 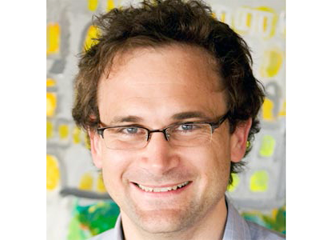 “Mindfulness-based therapy has become an increasingly popular treatment to reduce stress, increase well-being and prevent relapse in depression. A key component of these therapies includes mindfulness practice that intends to train attention to detect and regulate afflictive cognitive and emotional patterns. Despite its clinical efficacy, little remains known about its cognitive and neurophysiological means of action pf meditation. In this presentation, we will first review the key cognitive mechanisms of mindfulness meditation. Then we will show how mindfulness meditation impacts the training and plasticity of emotion regulation and cognitive control as measured by neuroimaging paradigms from cognitive, and affective neuroscience (EEG, fMRI). In a last part, we will illustrate how the practice of mindfulness meditation can also influence bodily processes important for health, including the physiology and genetic expressions of stress and inflammation.”

I hope you can make it to the Bial Symposium but, if not, you can see the full symposium program and book of abstracts here.

To date the BIAL Foundation has supported 610 projects, about 1350 researchers, with research groups in 25 countries.

In addition to its scholarship scheme, the Bial Foundation organises bi-annual themed symposia that include keynote addresses from international experts in neuroscience, parapsychology, and psychophysiology, as well as presentations and poster sessions from Bial Fellows. Professor Etzel Cardeña and I are the two parapsychologists on the symposium organising committee.  You can see the published proceedings of the first 11 Symposia here.

Prof Caroline Watt is a founder member of the Koestler Parapsychology Unit.
View all posts by Caroline Watt →
This entry was posted in Uncategorized. Bookmark the permalink.