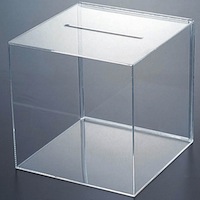 To reduce publication bias, yesterday The Royal Society announced that it’s introducing registered reports in its latest journal Royal Society Open Science. Registered reports means that submitted papers can be accepted by journal editors on the basis of the strength of their planned methodology and hypotheses, before the authors have collected any data. Psychology journals have also  begun to introduce similar practices. For example Cortex announced a registered reports initiative almost exactly two years ago (there are some useful comments below the Cortex announcement on how to ensure that the authors haven’t already collected the data).

Perhaps because of its controversial subject-matter, parapsychology has been sensitive to problems associated with publication bias for many years. In 1978, the European Journal of Parapsychology under the combined editorship of Martin Johnson and Sybo Schouten announced their publication policy was to review papers prior to any data being collected, on the basis of their rationale and methodological quality. Sometimes it helps to be controversial. You can read the EJP policy here.

Prof Caroline Watt is a founder member of the Koestler Parapsychology Unit.
View all posts by Caroline Watt →
This entry was posted in Uncategorized. Bookmark the permalink.